I recently read about a man called David Eubank, a US veteran who runs a Christian humanitarian army in Mosul, Iraq. He was a special forces soldier in the US Army for much of his career and now heads a team of former soldiers in Mosul and previously Burma. His organisation in Iraq rescues civilians who are caught up in the siege of Mosul, a city that has been fought for between ISIS and the Iraqi Army, with support from Western forces.

I had heard of people like this before, those who have travelled many thousands of miles across the world to take up arms against ISIS in Kurdish cities; those who have joined humanitarian groups and attempted to save civilians from so-called crossfire. However, I have not before come across a humanitarian group that is so openly willing to use violent force to save civilians. Indeed one that actually uses guns to apparently defend its efforts in extracting civilians from besieged neighbourhoods. Nor indeed have I come across an avowedly Christian army – in the full sense of the word. Not in recent history anyway.

None of this seems particularly different or surprising compared with other things I have heard about in the past. Nor does it make David Eubank particularly interesting to me. What I am more surprised by is the fact that he appears to have moved his family – wife and three children – to Mosul.

In a video online, the family are lined up in a smiling row in front of the camera, introducing themselves as part of the Eubank family. David stands behind them, his arms seeming to tightly grip as many shoulders as possible. He nods to each in turn, giving their cue to cheerily smile and state their name.

He seems like the most awful sort of patriarch, the kind who has a iron grip on his small clan. The children appear as gleeful and excited sycophants, thrilled with their colonial adventure; the wife looks like a captive, held tightly in her husband’s shoulder grip.

The whole thing reminds me of Paul Theroux’s novel The Mosquito Coast, in which a disillusioned, jaded, and ego-maniacal inventor moves his entire family to a ‘new Eden’ in a rain forest in Honduras. He has rejected the society of, “double-figure inflation and a two-dollar loaf of bread,” and seeks to build a new one in his own image. Of course, like Kurtz in Heart of Darkness, he holds within him the very corruption of the society he hated and wanted to escape. In the end, he creates something much worse.

Such men as these seek a clean slate on which to build civilisation anew. But the problem is the slate is never clean, it is always peopled. These people then become the subjects of the new colonial regime of Kurtz or Theroux’s Allie Fox. 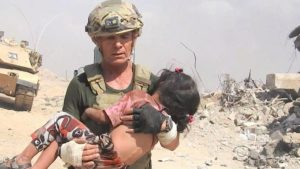 Only in the near ruins of a city locked in violent conflict could David Eubank find a form of life so bare and embattled that he might present himself as a saviour. That he would move his entire family halfway across the globe to Mosul shows that his desire is not simply to save the civilians of that city. It points toward a deeply held colonial desire, informed by his whiteness and his Christianity, to create a new civilisation in his own image.

Such a gravitation toward misery, war, and poverty can be seen elsewhere too. Whether in the march of young Christians toward housing projects across Africa, or the offices of Western NGOs and human rights charities in Asia, the whites of the world are want to show their privilege through charity.

Such forms of neocolonialism bring to mind a passage from one of the many footnotes to David Foster Wallace’s Infinite Jest: “For some reason now I am thinking of the sort of philanthropist who seems humanly repellent not in spite of his charity, but because of it: on some level you can tell that he views the recipients of his charity not as persons so much as pieces of exercise equipment on which he can develop and demonstrate his own virtue.” 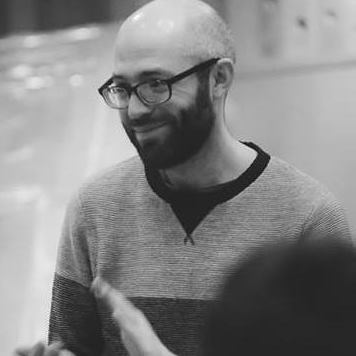